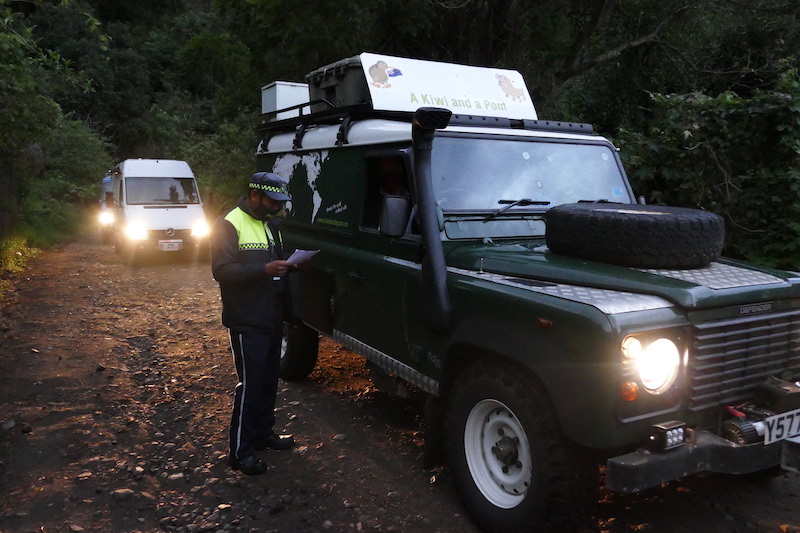 Last Sunday evening the President announced to the country that if Covid numbers continue to climb as they are of 300+ new cases each day, he will lock down the country for a solid 2 weeks!  Hearing this filled me with dread, the thought of spending another 2 weeks or quite possibly two months here has lost its appeal.  Yes it’s beautiful and we are very comfortable, but I feel like we’re just wasting time. It’s clear that the Southern borders aren’t going to be opening any time soon and that waiting to cross into South America could be another 6+months.   Chatting later that night with Susanna & Martin they too agreed, it’s time to go.  Again the decision was made to leave, 4th time lucky?! We’ll aim to leave first thing Friday morning for Mexico.

The next morning I surprised Dad & Jen with the news, and said that we were leaving in 5 mins for the Municipality to ask for a letter of permission to leave.   I felt bad springing this on them without them even having time to think or discuss.  Jen came with us straight away to town so I was able to fill her in along the way.

After the Covid checkpoint, where the officers are proudly checking our temperatures & ID’s we headed up to Municipal Hall. Thankfully Anja speaks Spanish and was able to ask for the necessary letters, lucky for us the lady at Muni hall was able to make these up for us straight away.  Printed with official stamp and signature, stating our names, ages, vehicle registration, date of departure and destination.  Within 2 hours we all had our letters and were told firmly that once we leave San Marcos, we won’t to be allowed to return.  Next step is to contact the Canadian Embassy and ask them for a letter stating that we are on our way home.

That night after the kids went to bed, we sat in the palapa, talked about our next steps and where to next. Once over the border we would head to Mission Surf for a couple of days as the previous Overlanders from here had all made their way there too and reported a great place to visit. But the question still hung over our heads, do we return home, spend time in Mexico or venture up into the States and explore what National Parks were open? Meanwhile, in the distance a spectacular lightening show was erupting, sheet and fork lightening illuminating the clouds & volcanos followed with deep rumbling thunder.  We sat for a long time, reflecting on the past 11 weeks and all the wonderful people we’ve met, time spent with Dad & him getting to know the kids, group dinners, outdoor movie nights, pool parties, birthday celebrations & bbq’s. The lockdown restrictions we could live with, but worst is the realization then acceptance that we’re not likely going to be able to continue our adventures South. I’m so sad about this, it’s out of our control and there is nothing we can do about it. So, there’s not much point of sitting here any longer and wasting time, if we head into Mexico we’ll have some sort of travelling experience.

A traveller in Argentina said ‘for Overlanders, when the virus hit, it was like a game of ‘Musical Chairs’, when the music stopped, those of us who had a safe place to be, stayed, where as many had to store their vehicles and fly home. Out of the game, with out knowing if or when they will be able to return.  We still have have a chair, but time for a change of music.

28th May. These last few days at Pasaj-Cap passed very fast, clear blue skies of the morning turned into torrential rain filled afternoons. Thursday morning we each received our Embassy letters, so off into town for the last time to get them printed, along with a copy of our extended vehicle insurance. Our visitors visas and vehicle TIP (temporary import permit) are still valid, which means we have all our paperwork in order.

That evening we had a bbq and all ate together for the last time, then down to the dock for hot sauna & cold water plunge.  I couldn’t believe the kids jumped several times off the dock 15′ up, in total darkness!   It’s sad saying goodbye, but exciting to be moving again.

Friday morning, 5:20am our Convoy of of 4 pulled out of Pierre’s gates, none of the vehicles had moved in nearly 3 months, and managed to climb that corner & up the impossibly steep driveway without problem.  The first hint of daylight was creeping in, as we approached the first checkpoint, the same one we pass by when we walk into town. The 2 police officers checked our papers and reminded us that once we leave, there’s no return.  The San Marcos gates were also guarded by police, who also photographed our passports and scrutinized our travel letters.   Then another van joined us, some girls Josh had met earlier have joined the caravan.

The climb back up the mountain wasn’t as sketchy as we had anticipated.  The roads were dry, but showed lots of small mud slides released by the rains last week, affirming in our minds that this was the right time to leave.  With tropical storm Amanda approaching, the possibility of greater mudslides blocking the road is very real.  The 10 or so steep switchbacks were easier to drive and before we knew it we were at the top, leaving the sweeping views of the lake behind us. You can see in the background a tropical storm growing, making it easier to leave.

After nearly 3 months of sitting in this quiet wee corner of the world, only hearing of the doom & gloom from world media, we felt a bit of ‘culture shock’. Only to step outside our bubble to what appears at first to be life as normal in the city, but as we pass through the smaller villages we see everyone wearing masks, and streets closed off to outsiders.

All was going well until the last van to join us broke down, Josh stayed with the girls till they were able to have a mechanic work his magic & had them back on the road within 2 hours.  We waited for them for 40 mins, but decided to continue on to the border as time was ticking.    Descending closer to sea level the cool comfortable temperatures of the mountains was gradually replaced with warmer more humid to tropical hot & sweaty.

The border is on the edge of the town of Tecun Unman.  We parked the vehicles outside of the gated border and went to ask for permission to cross. Suzie & Martin were with us in their van.  Josh sent word that he was just 20 mins away, so we decided to wait for him.  After 10 mins a guard asked for our vehicle papers, our 90 day visas are due to expire on June 8th so we were all good, but Martin & Suzie’s had expired last month and were told they won’t be able to leave today as the banks were closed and they must first pay a Q600 ($100 CND) fine.  We suddenly remembered the time in Mexico, just next door was an hour ahead!  And that the bank there to pay for our visitors visas was closing in one hour!!

While Suzie desperately pleaded her case to exit Guatemala, we had to say our ‘see ya’s and get moving. This particular border crossing has a totally convoluted method of approach! We locked the kids in the camper with the ipad, while we ran, in flip flops, over to Mexico to ask for permission to enter. Mexico is on the other side of the river, the bridge is roughly 500 meters long & lined with high fences.  In the river below is buzzing with all sorts of traffic, home made barges are floating goods & people back and forth across the river without any form of control or security checks, all in full view of both borders, it’s pretty funny.  This is the same crossing that the caravan of migrants from Honduras & Guatemala used to cross into Mexico back in 2018, this bridge was filled with thousands of desperate migrants, so many that they also poured across the flowing river below.

It was a hot run over, as soon as we got there the lady in the booth said yes you can come in, but hurry as the bank closes at 4pm!  So back we run, dripping in sweat by the time Tim gets the truck, I duck into the office and get our passports and vehicle stamped out of Guatemala.  Within minutes we were over the bridge, into the Mexican border area, first we have to have the vehicle fumigated with a spray, then fruit & veg inspection, inside for visitors visas, luckily there wasn’t a line up, or we would have been hooped!  I stepped up to the bank window to pay for our 180 day visa at 4:58pm, just 2 minutes before closing, talk about cutting it fine!

Visas in hand, TIP inspected we’re ready to exit, but not so fast.  The next uniformed guard decided we were too big to be exiting out of this gate and tried to tell us we had to go back to Guatemala, which is now closed, and drive up to the ‘other’ border that allows trucks to cross.    Seriously? I give her the look of ‘that ain’t happening’, so off she went to get advice when a second uniformed guard approaches, asks a few questions, then asks if we mind if she brings her sniffer dog to inspect the vehicle.  No problem we say, but this poor old, overweight black lab has a terrible time trying to get up into the truck and more difficult time getting out.  No drugs, no guns or people stashed into the cupboards or under the floor boards, we were free to go, but not out the main gate.  Eventually when the other guard returns making it clear that this is a big inconvenience to her, she begrudgingly escorts us 50 meters around the corner to exit through another gate.  Before we pull out we see Suzie & Martin enter the Mexican immigration building, which means they were successful in somehow paying their fine and able to leave Guatemala.  But the bank is closed so they’ll have to sleep at the border and complete their paperwork in the morning.  No sign of Josh, his visitors visa and TIP have expired, which means he’s stuck at the border for the next 3 days in the heat, am sure he won’t be a happy camper.

At last we clear!  Here in Mexico, very few people are wearing masks, certainly no ‘social distancing’ happening here and life is as though word of the virus hasn’t yet reached this part of the country.